Posted at 20:21h in Movies by FlixFling
0 Likes
Share 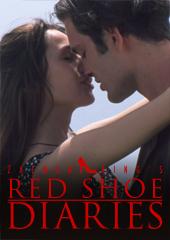 “Jealousy” – Two newlyweds have their honeymoon interrupted by the news that the bride has landed a dream role in a big feature film. The groom, ever supportive, sends her off to the set and is left alone to his wild jealous imaginings of his wife and the leading man in one love scene after another. So obsessed, the poor groom can hardly walk down the street without seeing something that reminds him of his wife and her leading man. The story culminates with the discovery that, after all the groom’s thought, his wife is in fact playing the part of an angelic nun.