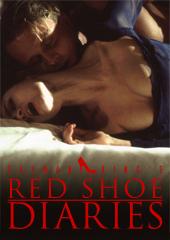 “Midnight Bells” – It’s 10:00 on New Years Eve and Claire is home alone, contemplating three burning candles. Each time she blows one out, she reminisces about a past New Years Eve. It was on the first Eve, that Claire met the beautiful stranger. And the erotic entanglement which followed proved to be the most profound either had ever experienced. Despite his declarations of love and his plea that they see each other outside of that one night, Claire opted to remain anonymous to her lover. On the third year he gave her an ultimatum, either they pursue a relationship or they will never see each other again. Claire chose the latter. But on this fourth New Years Eve she can’t shake the images of their passion from her mind. As the imminent Midnight Bells of Notre Dame begin to chime she runs desperately into the street to find the man who haunts her dreams.