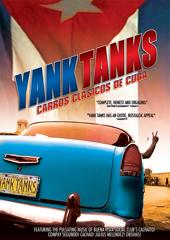 Yank Tanks is a first look at the phenomenon of classic American cars in Cuba. Like an exotic, endangered species, these colorful cars roam around this island paradise trapped in a 1950’s time warp. As beacons of individuality in a sea of government conformity they represent freedom for those who own them. Seeing these old cars in recent films and photographs one wonders how they have maintained them after decades with no spare parts and an embargo by the United States. A close look at the underground world of Cuban cars and its gallery of eccentric characters – the curators of the largest, living, automobile museum in the world.