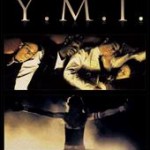 Three Goth teens; Digger (Smith), Noisy (Carter) and DVD (Mariano), each sworn to a secret pact they think will make them legendary, venture out on the last night of their lives. They are the 18 year-old students of Roman Romanski (Robosz), whose gorgeous wife has been brutally raped and murdered while he was forced to watch, and the suspects are as elusive as the destinies of the three young men. All their fates are intertwined as their innermost fears and hopes are tested to the limit in the hot streaming lights and dark chaotic desert of Southern California where their only redeeming quality is their common fragile humanity. A timely, candid and unflinching portrayal of the dark forces and the desperate melancholy that infects and exists in a huge sector of today’s youth, worldwide. The story is coming and rueful, over-the-top and under the bottom, fantastic, impossible and only too real.