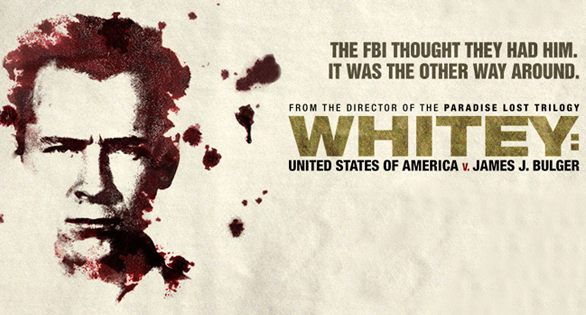 A thrilling documentary chronicling Boston’s most notorious gangster, Whitey: United States of America v. James J. Bulger follows the rise and fall of James “Whitey” Bulger as he enacts his decades long reign of terror on the New England city.  A prominent figure in the world of organized crime throughout the 1970s and 80s, Whitey was involved in countless homicides, drug distribution rings, racketeering, money laundering and extortion. What made Whitey particularly dangerous and valuable, however, was his connection to the FBI. For years, it is believed that Bulger acted as a top informant for the bureau, providing them with important information about rival Mafia families. In return, Bulger’s operation was exemptfrom the scrutiny of the feds, arousing the suspicion of associates and peers. When the media exposed possible corruption within the federal, state and local law enforcement, suspicion was cast on the FBI and their lack of initiative in taking down the mob boss. Bulger’s capture quickly became priority number one, as he shot up to a staggering #2 on the FBI’s Ten Most Wanted Fugitives list. After sixteen years on the lam, Bulger was eventually captured and convicted for his lengthy list of crimes.

Whitey: United States of America v. James J. Bulger is a riveting look at one of the world’s most infamous criminals. Featuring in-depth interviews from close associates of Bulger, media analysts, and law enforcements agents, the film opens up a dialogue about the power of corruption and its effects on the justice system. A story so chilling that it has inspired cinematic representations, Whitey: United States of America v. James J. Bulger has the makings of a true crime classic, sure to thrill lovers of the genre. Looking for more crime thrillers this weekend? Check out FlixFling’s “Wise Guy Weekend” picks, Natural Born Killers, Dirty Harry and Goodfellas!

This guest blog was written by Colleen Shields.