08 Jun West Coast Beat and Beyond 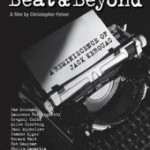 Click here to watch West Coast Beat and Beyond now

San Francisco’s bohemian history was augmented by the renaissance of creative individuals which began there in the late 1950’s. The most significant influences in this movement were Beat figures Jack Kerouac, Allen Ginsberg, Gregory Corso and publisher Lawrence Ferlinghetti. Filmed on location in San Francisco’s North Beach neighborhood, and at Naropa Institute in Boulder Colorado, this film is a tribute to the ongoing vision of America’s renegade minds, as well as a salute to the visionary power of Jack Kerouac. Narrated by Kerouac’s biographer Gerald Nicosia.