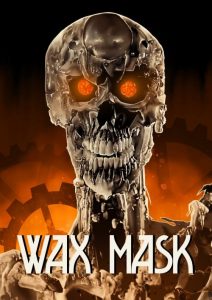 In the mid-’90s, Dario Argento approached a physically and professionally ailing Lucio Fulci to direct one final production, an over-the-top shocker about grisly murders at a Paris wax museum. But when Fulci passed away only weeks before filming began, Argento turned to Sergio Stivaletti – the FX genius on PHENOMENA, OPERA, DEMONS and CEMETARY MAN – to make his feature- directing debut.