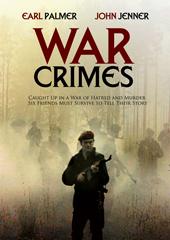 After graduating from college, a group of friends from the UK decide to take a trip to the Balkans. Little did they know that a war was about to break out. As the fighting spreads to the city of Sarajevo they must escape for their lives through the countryside. After witnessing a massacre in Bosnia, they are detected and pursued by a ruthless Yugoslav People’s Army Officer and his brutal fighters. With supplies, winter approaching and murderous special armed forces chasing them down, will they ever make it home alive?