Posted at 09:58h in Movies by FlixFling
0 Likes
Share 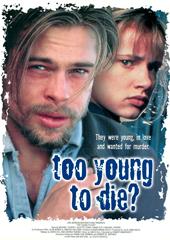 Click here to watch Too Young to Die? now on FlixFling

A compelling and controversial drama starring Juliette Lewis and Brad Pitt and inspired by a true story about a fifteen-year-old girl who faces the death penalty when she is forced to stand trial as an adult on the charge of murder. Amanda (Lewis) was forced into prostitution in order to survive and addicted to drugs in order to cope. She becomes the accessory to the brutal murder of her ex-lover. The state wants Amanda tried as an adult and given the maximum sentence – death row.  Law & Order‘s Michael Tucker also stars.