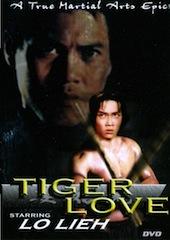 The Wildcat (Moreno) is a Spanish Robin Hood — he’s a bandit who steals from the rich and gives to the poor. During one of his raids, pretty Marcheta (Estelle Taylor), the daughter of a grandee, is kidnapped. Because he finds himself falling in love with her, the Wildcat softens and he allows her to go free. When her father faces financial ruin, Marcheta agrees to marry Don Ramon (Manuel Camere), the mayor’s son.