22 Aug The Significance of Horror Sequels

Sequels can really be a hit or miss, and are very rarely better than they’re predecessor. However, there are some Hollywood gems that break this stigma and exceed the original. A prime example of a sequel that is better than the original is V/H/S 2, the found-footage anthology of terrifying installments from various directors. Although the first film was revolutionary for the horror genre, providing plenty of original scares and inventive gore, the producers learned from their mistakes with execution, and improved them in the sequel. Next on the list is V/H/S: Viral, coming this fall. We’re curious to see how it reinvents the found-footage subgenre of modern horror.

Although sequels, remakes, and reboots are prominent in all genres of film, the horror genre seems to hold the record for most installments. Series like Friday the 13th, Hellraiser, Halloween, and A Nightmare on Elm Street have terrified audiences for generations. The trend of multiple sequels seemed to have begun in the 70s and 80s, and thus led to many remakes and reboots in the 2000s.

In most cases, sequels build on the story of the original and implement new characters and scares for the audience to enjoy. Critters, Creepshow, and the Stepfather series have thrived on their campy methods of terrifying viewers with multiple installments.

Whether you prefer to original to the sequel, most times these films are equally enjoyable. Enjoy many horror sequels and remakes on FlixFling today. 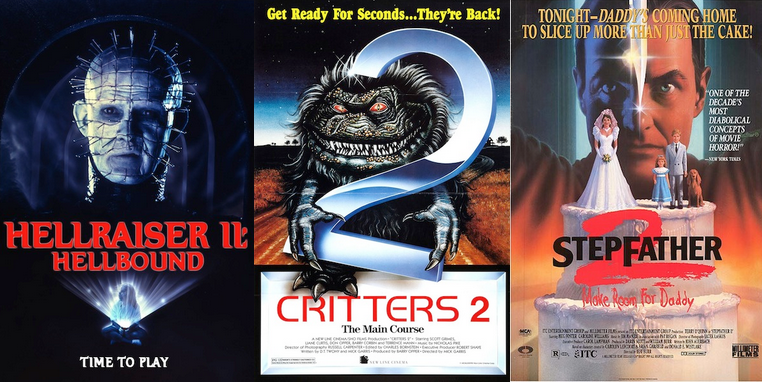 This guest blog was written by Tyler Cameron.