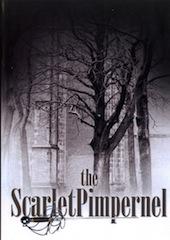 Leslie Howard plays Sir Percy Blakeney, an 18th century English aristocrat who leads a double life. He appears to be merely the aristocrat, but in reality is part of an underground effort to free French nobles from Robespierre’s reign of terror. Based on the novel by Baroness Orczy.