Posted at 18:41h in Movies by FlixFling
0 Likes
Share 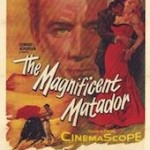 An action-packed tale that takes place in 1911 China and focuses on a General who hopes to restore the Ching Dynasty after China has become a republic. Carter Wong stars as Commissioner Yao Tien Shan who learns of a plot by General Na Lan Tien Hsiung (Chen Sing) to restore the Chings to power with the help of Lord Lo, whose daughter Wan Ying is sympathetic to the new government. Fu Fung (Casanova Wong) assists Yao whose efforts to enlist the support of Wan Ying. Meanwhile, the general takes his ally Lord Lo prisoner and amasses an army of skilled fighters to help his cause.