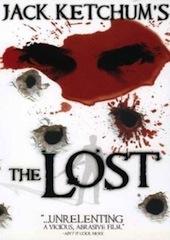 Once upon a time, a boy named Ray Pye put crushed beer cans in his boots to make himself taller. But this is no fairy tale: For suburban sociopath Ray (Marc Senter) and his friends, small-town life is a dead-end road of sex, drugs, liars and losers. And what begins with a sudden act of senseless violence will climax in a mind-blowing frenzy of depravity… with the worst still yet to come. Michael Bowen (KILL BILL), Dee Wallace-Stone (THE HILLS HAVE EYES), Ed Lauter (TRUE ROMANCE), Megan Henning (SEVENTH HEAVEN), and Katie Cassidy (BLACK CHRISTMAS) co-star in this controversial shocker adapted from the infamous novel by Jack Ketchum and based on the true story that stunned America.