Posted at 12:07h in Movies by FlixFling
0 Likes
Share

Click here to watch The Green Hornet: Episode 8 – “Dead or Alive” on FlixFling! 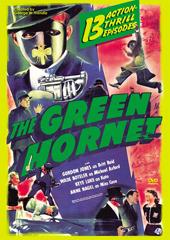 Britt Reid, disguised as the Green hornet, captures Sligby, the murderer of Charles Roberts, then trails the trucking racketeers and surprises two of them about the destroy a trainload of perishables. The Racketeers attempt to escape in a truck, the Green Hornet boards the truck and battles one of the men, while the other races the truck toward a bridge to get help from two of his pals.  But his pals, to prevent a rival truck crossing the bridge to make deliveries, have weakened the bridge supports. Will the Green Hornet be able to win his battle and save both of the trucks that are speeding towards certain doom?