Posted at 19:17h in Movies by FlixFling
0 Likes
Share 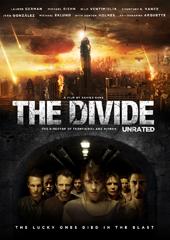 Nine strangers survive the unthinkable when the basement of their high-rise apartment building protects them from a nuclear attack on New York City. With unspeakable horrors waiting on the outside and no hope for rescue, the group descends into madness as the days pass. As supplies dwindle and tensions flare, they grow increasingly unhinged by hopelessness and close quarters. They turn on one another, and each act of physical and psycho-sexual torment becomes more depraved than the last. Only one survivor holds on to a thin chance for escape, even with no hope of salvation on the other side of the bunker door.