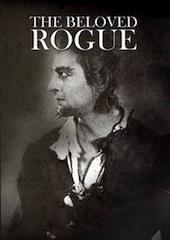 In 1432, while Francois Villon is still an infant, his father dies as a martyr to his devotion to France. Francois grows up to be a renowned poet, an ardent patriot, and a notorious carouser who is not above criminal acts. During the revels of All Fools Day, he insults Duke Charles of Burgundy, for which King Louis XI, who is afraid of Charles, banishes Villon from Paris. In exile outside the city walls, Francois looks for ways to protect France from Burgundy’s plots. When Charles plans to have one of his associates marry the king’s ward Charlotte, Villon successfully disrupts the engagement, but for so doing is sentenced to death. But Villon finds a way to exploit Louis’s superstitious nature long enough to give him another chance to serve France, while at the same time seeking the hand of Charlotte.