15 Dec The Battle Of Britain 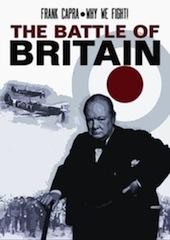 Click here to watch The Battle Of Britain now

In this installment of the “Why We Fight” propaganda film series, we have the account of Great Britain’s last stand against the forces of Nazi Germany. This mainly focuses on the desperate, but successful, battle to maintain their vital air superiority over the British Isles and the morale of the people to prevent invasion.