Posted at 18:11h in Movies by FlixFling
0 Likes
Share 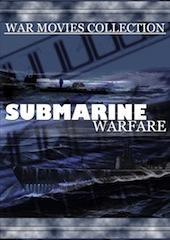 In the late 1800’s the father of submarines, Mr John Holland, hit upon the idea of powering a submarine with an internal combustion engine and an electric motor. For over a hundred years, since the first semi-successful attempts during the American Civil War, submarine warfare had been fraught with difficulties and failure. In 1901, the Holland I was launched as the first Royal Navy submarine and submarines have been an integral part of the Navy ever since. The Second World War showed the first widespread use of these underwater vessels and their major advantages. Today, nuclear submarines roam the waters all over the world for exploration and to keep the peace. Featuring rare archive footage and rare film of the last surviving submarines, this is a privileged glimpse into the world of submarine warfare.