26 Jul Something To Sing About

Posted at 18:11h in Movies by FlixFling
0 Likes
Share 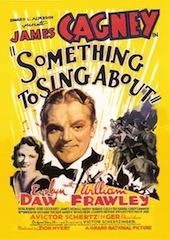 Click here to watch Something To Sing About now

Popular New York band leader Terry Rooney (Cagney) is offered a lucrative film contract out in Hollywood. Rooney and his wife pack up and head for California. Upon arriving, they meet Mr. Regan, the head of the studio, who believes that Rooney’s true lack of desire for stardom is arrogance on the band leaders part. When his first film is huge success and hit for the studio, Regan tries to hide the truth from Rooney. Feeling a need to get away from Hollywood, Rooney takes his wife on a South Seas cruise, only to return to the real truth of his fame.