Posted at 11:47h in FlixFling, Movies by FlixFling
0 Likes
Share 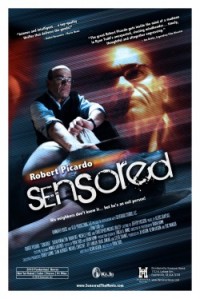 Click here to read a review of this film

Sci-Fi legend Robert Picardo delivers a chilling performance as a quiet man with a dark secret in this mind-bending psychological thriller. Picardo plays children’s book author Wade Mixon whose relentless imagination – tainted by his own childhood evils – becomes his only source of reality. Vivid paranoia twists and tangles his impulses so a terrifying rampage ensues against those he’s convinced are out to get him. Caught up in his murderous fixations, Wade stops at nothing to prove his delusions are true. Legendary director Joe Dante calls “Sensored” a “riveting mind bender…” that is, “…thoughtful and altogether engrossing.”