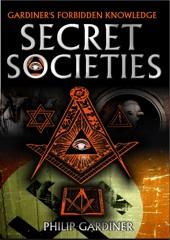 Posted at 13:54h in Movies, Reviews by Taryn
0 Likes
Share

There have been countless documentaries concerning the subject of secret societies, and this documentary is not particularly distinguishable among them. Written and directed by Philip Gardiner, this film deciphers seemingly everyday symbols, and seeks to explain the origins and purposes of secret societies.

The film is primarily narration over still images. The sound track could have been integrated more smoothly through editing. The images are clear and well-described and defined.

Although full of trivia and very interesting, “Secret Societies” is simply one more interpretation of clandestine vehicles of manipulation that use largely religious groups and tenets to exploit the common world population.

Click here to watch Secret Societies on FlixFling.  Watch and write your own review!