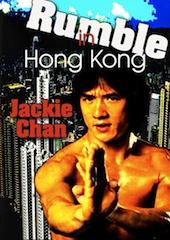 Jackie Chan is on the other side of the law in a Hong Kong-style action thriller that launched a career. A young cab driver crosses the mob in his efforts to make the streets safe. Aided by a lone police woman, he’ll have to face Jackie and his thugs before he’ll be able to claim victory.