Posted at 13:18h in Movies by FlixFling
0 Likes
Share 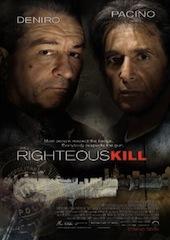 Academy-Award®-winners Robert De Niro (RAGING BULL) and Al Pacino (SCENT OF A WOMAN) star as a pair of veteran New York City police detectives on the trail of a vigilante serial killer. After 30 years as partners in the pressure cooker environment of the NYPD, highly decorated Detectives David Fisk and Thomas Cowan should be ready for retirement, but aren’t. Before they can hang up their badges, they are called in to investigate the murder of a notorious pimp, which appears to have ties to a case they solved years before.