Posted at 09:48h in Movies, Reviews by FlixFling
0 Likes
Share 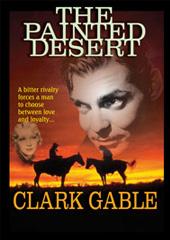 The Painted Desert starts, as so many Westerns do, with two cowboys riding through the desert.  They come across a ransacked carriage, its inhabitants, dead or alive, are nowhere in sight.  Along with some pots and pans, the only thing left behind is a baby boy. The cowboys, Cameron and Holbrook, take the baby in as their own.  Later that day, after arguing over the baby’s name – Buffalo Bill Holbrook or Daniel Boone Cameron – the cowboys have a falling out and split up for good.  Holbrook takes Bill with him. Years later, Cameron and Holbrook are still feuding.  Bill, now grown, makes it his mission to end the feud since he considers both men to be father figures.

I’ve never been much for Westerns.  I dislike the John Wayne machismo thing.  The Painted Desert, however, was not too bad.   That’s probably because it was more of a strange family drama than a gunslinger Western.  Cameron and Holbrook act like the estranged spouses from The Parent Trap, making Bill the kid stuck in the middle trying to get his parents back together.  It’s a little weird because it’s set in the old West and the “kid” is a grown man, but it is also touching.

If, unlike me, you do enjoy the “This town ain’t big enough for the both of us” type Western, then The Painted Desert might fall short.  There is hardly any gunplay in this film.    Of course, not many other gunslinger Westerns will give you the chance to see Clark Gable in one of his earliest movies!