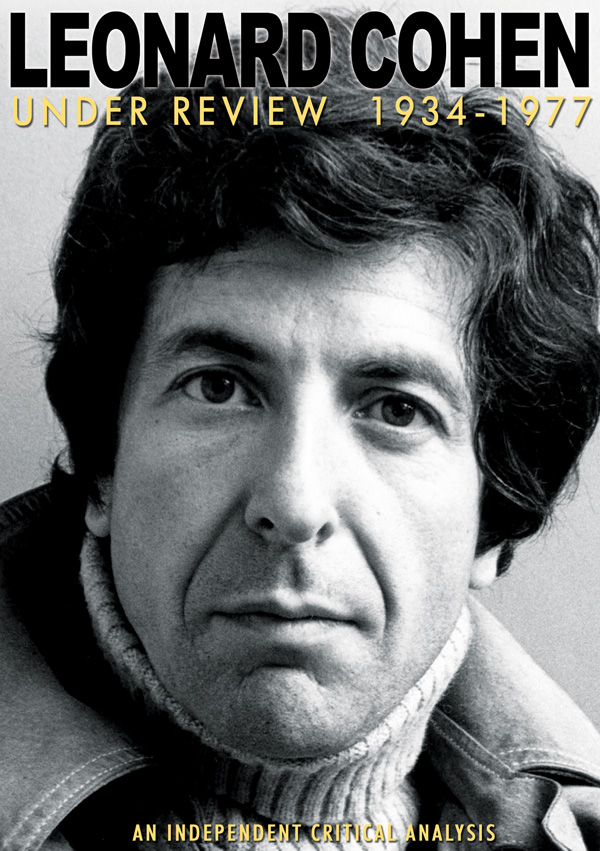 This documentary featuring the enigmatic Canadian writer, philosopher, and performer, Leonard Cohen, is not a nail-biting journey through exciting-land, but neither is Leonard Cohen.

The art and beauty and criticisms of Cohen and his work are revealed here in a straightforward and honest manner through interviews with people very familiar with his work. There seems to be no pretense of universal greatness or sainthood put forth by the film or the people in it. Rather, it is a well-rounded and realistic portrayal of a steadfast poet resisting the material wealth and fame that comes with stardom in order to maintain his own identity.

Cohen is a singer and classical guitar player, and usually performs live with a backup of female voices that beautifully enhance his deep and sleepy sound. Compared largely to Bob Dylan, Cohen can be pushed into a defined genre of folk rock, but his music is not really so easily defined. This film makes it very clear, from a number of different perspectives, that Cohen is not a songwriter adding lyrics to his music; he is a poet setting his poetry to song.

Leonard Cohen – Under Review: 1934-1977 does reveal the reasons this man is a respected legend, someone who has had an ethereal impact on music and on the perceptions of the masses. Although probably more enjoyable in intervals, this film is overall an interesting look at a fascinating person.

Watch Leonard Cohen – Under Review: 1934-1977 on FlixFling now.  Read more about this film.  Rate it and write your own review.