Posted at 10:02h in Movies, Reviews by Taryn
0 Likes
Share 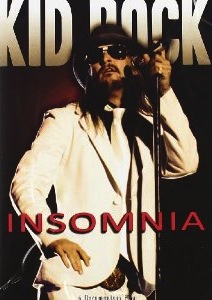 Kid Rock (also known as Bob Ritchie) has a reputation for using his money and power to demoralize women and romanticize the culture of “white trash.” This 2008 documentary (from Chrome Dreams) does absolutely nothing to alter that reputation.

Starting with a three-minute intro of hot girls in bikinis may not sound so terrible to a lot of people, but seeing the same girls do the same amateur soft-porn moves over and over again, all to a backdrop of the enlightening and repetitive lyric “Kid Mother Fuckin Rock.” The intro gets obnoxious fairly quickly, setting the mood for the rest of the film.

The people in the film interviewed about Kid Rock are friends of his from his hometown and beyond. They are able to explain how being a rich white kid from the suburbs, along with tremendous drive and passion, enabled young Bob to create a successful and entertaining business by the time he was fifteen years old. That, of course, was only the beginning of the monumental career that followed.

Not much is revealed in this film as to Kid Rock’s actual personality, except to again reinforce the idea that he is a shallow American man, driven by money and breast implants. The transitions between segments, though, do hint at someone involved in production giving their aspiring-stripper girlfriend a vehicle for fame, as all of the segments feature the same hot girl grabbing her own breasts and sticking her finger in her mouth for inordinate amounts of time.

If you are looking for a human, sensitive, and caring side to Kid Mother Fuckin Rock, you are not going to find it here.