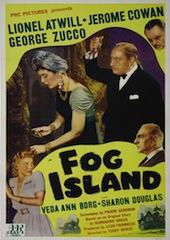 Posted at 12:53h in Movies, Reviews by FlixFling
0 Likes
Share 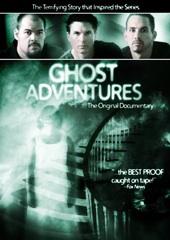 Just to be clear, you can’t watch any episodes of the Travel Channel’s Ghost Adventures on FlixFling. Before the series debuted in 2008, the ghost hunters/stars of the paranormal show, Zak Bagans, Nick Groff, and Aaron Goodwin, made an hour and a half long documentary film. It was finished in 2004 and won the Grand Jury Prize for Best Documentary at the 2006 NYIIFVF (New York International Independent Film and Video Festival). A year later it was shown on Syfy and then premiered before its series premiere a year later on the Travel Channel. The series has become such a hit it’s had six seasons and its seventh season is premiering this November. I am in love with the show. These three guys have managed to capture some of the most eye-popping unexplainable events on camera. They have without a doubt VASTLY changed my thoughts on whether ghosts exist. Way back in 2008 when I was still a senior at my high school I was flicking channels at night and saw that a documentary called Ghost Adventures was premiering. After the first half-hour I was so creeped out by the footage they were getting that the hairs on the back of my neck stood up. Soon my friends came over and they became freaked out as well. When the doc ended and I saw that they had a show that was premiering I instantly said to myself “OK. I THINK I HAVE A NEW FAVORITE SHOW.” And I hadn’t even watched it yet!

Unless I see a crisp, concrete apparition of a ghost standing in front of me then I’ll still remain a skeptic on the paranormal. I’m the President of a paranormal club at Temple University and for two years now I still haven’t had an experience that makes me believe in ghosts. Just last May the group and I went to Fort Mifflin in Philadelphia which was used to fend off the British during the Revolutionary War period. It’s supposed to be very haunted and there was one point in the night where we were asking questions in the dungeon and I could have sworn I saw a person crawling under one of the prisoner’s beds. It was pitch black inside and outside and all we had were our flashlights. When I shined the light on the bed there was no one there. So what was it? Did I actually just see a ghost or was it just my eyes playing tricks on me? I’ll never know. What I do know is that it’s the closest I’ve ever gotten to possibly seeing a ghost. The doc Ghost Adventures is absolutely watchable from beginning to end. Together the three guys visit places that I’ve never heard of like the Goldfield Hotel, Virginia City Cemetery, the Silver Queen Hotel, and the Old Washoe Club. In case you don’t know how a ghost hunt works, all you do is enter the haunted place, set up night vision cameras, hit record on your digital recorder (which can measure EVPs, or electronic voice phenomena where spirits can speak through the white noise), and walk around and ask questions. There’s a whole bunch of other ghost equipment too like KII meters, which measure EMFs or electromagnetic fields, which spirits can pass through, and infrared thermometers. Zak, Nick, and Aaron do this over and over again and manage to capture some of the most compelling evidence of paranormal phenomena ever. That’s a bold statement but it’s true. Because I don’t want to give away any spoilers I won’t talk about any examples from the doc but I will say that the final paranormal activity they get on camera will make you scream.

I’ve met a few people who hate Ghost Adventures because they think that the three guys are cruel to the spirits. For starters, Nick and Aaron aren’t cruel. It’s all Zak. His philosophy is that if you provoke a spirit and act like a jerk then you’ll get more activity on camera. There’s a moment in the doc, for example, where he’s sitting in a bathtub of a hotel where a prostitute slit her wrists and he makes a joke about slitting his own. Speaking spiritually I never think it’s a good idea to be mean to someone who’s passed on. I have no idea if that someone is there but if he or she is then they’re just as human as they were when they were living. Therefore you’re still being a mean person if you’re making fun of someone that you can’t see. At the same time I can’t disagree with Zak. He’s proven that if you do provoke then you will get some great activity on camera. This probably isn’t fair to the ghosts, of course, because Zak is tricking them into showing themselves. Because I’m still a skeptic, however, I have no reason to take the sides of the ghosts and be against Zak.

Like many paranormal shows there’s also a possibility that Zak, Nick, and Aaron are making everything up to make a good show. Trust me when I say this: I DON’T THINK THEY’RE MAKING IT UP. If you want to watch a show where the ghost hunters are making everything up then watch the UK’s Most Haunted with Yvette Fielding. There’s an episode of Ghost Adventures where the guys visit a lighthouse off of New York City. Guess what? The entire episode they capture no strange activity! Nothing! Yet they still aired the episode just to show that when they go on these hunts they’re not making everything up for the camera. I think that’s proof enough that these are reasonable guys, even though one of them is a bit of an ass. To all the skeptics out there, this documentary will shock you to the core. It will certainly make you think twice about whether ghosts exist or not.