Posted at 20:16h in Movies by FlixFling
0 Likes
Share 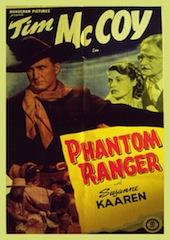 The U. S. Government Department of Justice sends agent, Tim Hayes, to Topee to capture a gang of counterfeiters, who have kidnapped government engraver, Pat Doyle, to force him to knock off some counterfeit money. Doyle’s daughter, Joan, comes to town, posing as a Spanish dancer, and believing, Tim to be one of the gang, plays up to him. Tim later tells her he is a government agent, and his plan is to steal the counterfeit money from the gang. When they get desperate and let him join the gang, he finds out where Sharpe, and his henchmen, have her father stashed away. He will attempt to rescue him. Complications arise, but none that Tim can’t handle.