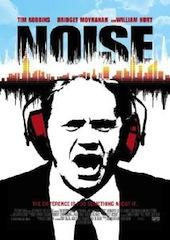 Academy-Award-winner Tim Robbins stars as David Owen, a Manhattan husband and father so unhinged by the noise outside his window that he declares a one-man war on car alarms. But when David goes over the edge and becomes a citywide noise-vigilante known as ‘The Rectifier,’ he incurs the wrath of New York’s sleazy blowhard Mayor (a hilarious performance by Oscar-winner William Hurt) who vows to stop him. How much damage will one guy inflict for a little peace and quiet? Bridget Moynahan and William Baldwin co-star in this wickedly funny black comedy from award-winning writer/director Henry Bean (THE BELIEVER) that The New Yorker hails as “a splendidly eccentric film alive with the creative madness of New York City!”