Posted at 12:36h in Movies, Reviews by FlixFling
0 Likes
Share 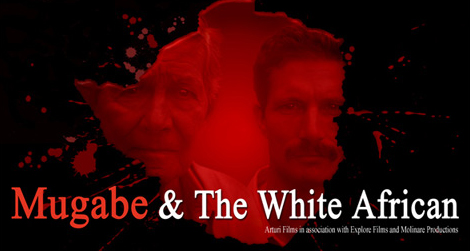 Mugabe and the White African is a David-verses-Goliath themed documentary released in 2009 (directed by Lucy Bailey and Andrew Thompson) chronicling the final stages of a decade-long battle between a white landowner and the Zimbabwean government of Robert Mugabe. Farmer Mike Campbell, supported heartily by his son-in-law, Ben Freeth, challenges Mugabe’s land redistricting program, rife with racism and abuses of human rights, by filing suit in an international court.

This saga of Mike Campbell (the White African) and the President of Zimbabwe unfolds smoothly and logically, allowing a moving depiction of the fear, determination, and hate that underlie Mugabe’s political methods. The film unfolds against beautiful images of Zimbabwe, and employs intimate, close-up shots to relay the intense emotion of those involved in the conflict. While the footage is at times overwhelmingly jumpy and haphazard, the cinematography realistically captures the sense of chaos and uncertainty of the circumstances.

The premise of the film, however, leaves much to be desired. Mugabe’s genocidal policies may be a far cry from universal humanitarianism, but his actions alone do not – as the film suggests – negate centuries of brutality and narcissism wrought globally by white men under the guise of implementing “civility.” The film’s piteously narrow and superficial point of view makes a mockery of the suffering it attempts to romanticize.

Ultimately, Mugabe and the White African is an attempt to tell a tale of good-versus-evil that utterly fails to differentiate who is good from who is evil.

Click here to watch Mugabe and the White African NOW on FlixFling.  Rate the film and write your own review to tell us what you think!