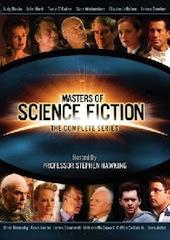 A new series is now available on FlixFling courtesy of STARZ.

Masters of Science Fiction is a six episode series from the creators of Masters of Horror.  Each episode is actually a short film based on novels by well-know “Masters” of science fiction like Harlan Ellison and John Kessel.  Episodes are hosted off-screen by physicist Stephen Hawking and each features a different director – including “The Discarded” directed by Star Trek: The Next Generation‘s Jonathan Frakes.

Catch all six episodes of Masters of Science Fiction now streaming on FlixFling.