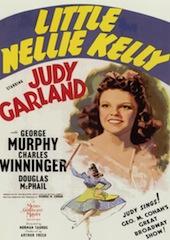 Irish colleen Nellie is in love with handsome Jerry Kelly, even though her father objects. Nellie and Jerry soon marry and announce plans to move to New York, which again angers Nellie’s father. Still, fear of never seeing his daughter again convinces the old man to also head to the States. In New York, Jerry becomes a policeman, although fighting crime seems to be easier than fighting with his father-in-law. Tragedy strikes when Nellie dies in childbirth. Jerry and the meddling old man continue to live together and have constant battles over how to raise young Nellie, who grows up to look exactly like her mother.