Posted at 13:38h in Movies, Reviews by Taryn
0 Likes
Share 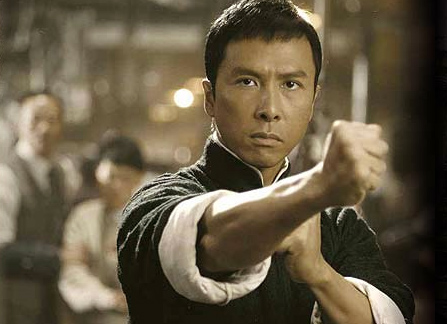 A combination of stereotypical Kung Fu films and the grace and beauty of “Crouching Tiger, Hidden Dragon,” (Sony Pictures Classics, 2000), “Ip Man” is a unique film. Directed by Wilson Yip and starring Donnie Yen, “Ip Man” is a biopic of the man who was to become Bruce Lee’s martial arts instructor.

Although the connection with Bruce Lee may be the cause of Ip’s celebrity in contemporary, western society, the man himself was an incredible force of nature. This film portrays Ip as a caring man who loves his family, has a very difficult time asking for help, and who maintains an inner peace even when surrounded by chaos.

“Ip Man,” produced and distributed in 2008 by Mandarin Films Ltd., is a primarily Mandarin-language film, but also features Cantonese and Japanese. The Mandarin has been dubbed with English voice-overs that largely resemble Jimmy Stewart, but there is no attempt at an English translation of captions, or of any other of the spoken languages. This leaves the mono-linguistic viewer unable to understand about half of the entire film.

This shortcoming, though, is easily balanced with beautiful scenery and music, magnificent fight sequences, and excellent cinematography, making “Ip Man” a film worth watching regardless of language (and storyline) comprehension.