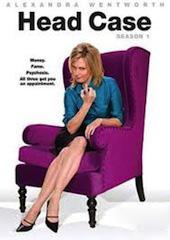 All three seasons of “Head Case” are now streaming on FlixFling.  Click below to start watching now.