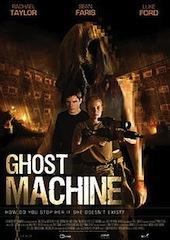 Sean Faris (NEVER BACK DOWN), Rachael Taylor (TRANSFORMERS, SHUTTER), and Luke Ford (THE MUMMY: TOMB OF THE DRAGON EMPEROR) star in this supernatural thriller about a group of young U.S. military techs who borrow a top-secret combat simulator for a weekend of unauthorized gaming. But when they set up the system inside an abandoned prison used for the torture of post-9/11 prisoners, they discover that someone – or something – has uploaded itself into their A.I. software. A deadly new player has now joined the game: How do you survive the final level of lock-and-load virtual reality when escape is impossible, slaughter is uncontrollable, and the enemy is unstoppable?