Posted at 13:53h in Movies by FlixFling
0 Likes
Share 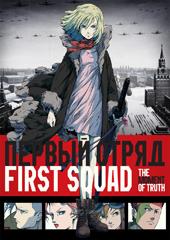 During the first days of World War II, a group Soviet teenagers on the Eastern Front have been drafted. Their mission: Form a special unit to fight the invading German army, using their extraordinary abilities. Their arch enemy is a Schutzstaffel (SS) officer who is attempting to raise from the dead a supernatural army of crusaders from the 12th-century Order of the Sacred Cross and enlist them in the Nazi cause.