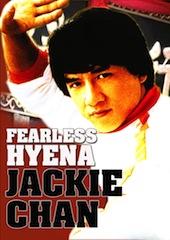 Jackie Chan is a youngster, living in a remote village with his grandfather who teaches him Kung-Fu (naturally). He keeps getting into fights, even though his grandfather warns him not to show their Kung-Fu to others. Jackie, though, is tempted by some thugs he beat up to act as the master of a Kung-Fu school. This school’s name apparently spreads far, as an old enemy of Jackie’s grandfather (who turns out to be the master of an old gang or something equally obscure) shows up and kills him. Jackie goes on training with the help of another member of the old gang, until he can eventually get revenge.