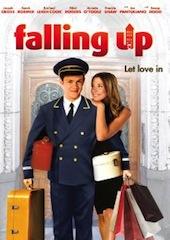 Henry O’Shea (Joseph Cross of MILK, UNTRACEABLE) is on his way to a nursing degree until his dad’s sudden death forces him to take a job as a Manhattan doorman. But warnings from his high-strung boss and laid-back co-worker can’t prevent Henry from breaking rule number one: Never fall for the beautiful daughter (Sarah Roemer of DISTURBIA, THE GRUDGE 2) of one of the building’s wealthiest tenants. In a world where rich snobs never mix with minimum-wage slobs, can a romance between a regular guy from Flatbush and a 5th-Avenue rich girl even make it past the front door? Also starring Grammy-nominated rapper Snoop Dogg, Rachael Leigh Cook (SHE’S ALL THAT), Joe Pantoliano (THE SOPRANOS, MATRIX), and Mimi Rogers (AUSTIN POWERS).