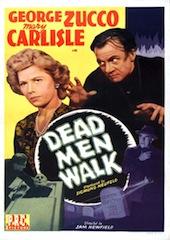 With the death of Dr. Elwyn Clayton, his twin brother, Dr. Lloyd Clayton is almost relieved. His late brother has changed significantly since a trip to India where he had become interested in mysticism and the occult. In fact, his brother has now risen from the dead and is a vampire out to seek revenge on his brother who had a hand in his premature death. Despite several deaths in the town, Lloyd is reluctant to believe his late brother is a vampire. When Elwyn attacks their niece Gayle, he enlists the aid of her fiancé to fight the evil that is among them.