28 Sep Curse of the Voodoo 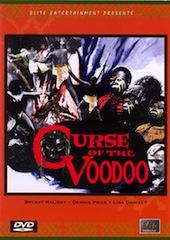 Click here to watch Curse of the Voodoo now

A British hunter is on an African safari, when a less skilled hunting mate wounds a lion which then runs into the territory of a tribe that worships the lion as a god. The hunter and his local African partner chase down and kill the wounded lion. The tribe puts a curse on the hunter which follows him back to London, causing deteriorating health and hallucinations. He can’t convince anyone other than his estranged wife that it isn’t due to insanity or his excessive drinking. When his wife learns that the only way to break the curse is to return to Africa and kill the one who put it on him, he goes back to try to break the curse and rescue his partner.