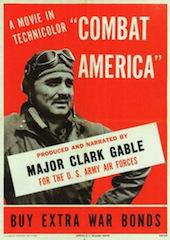 A documentary recounting the experiences of the 351st Bombardment Group of the U.S. Army Air Forces, based in England during the Second World War . The group’s air and ground crews are followed through a number of bombing missions over Hitler’s Germany.