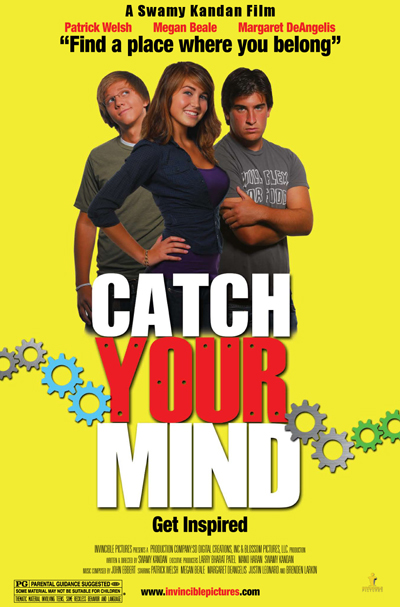 Catch your Mind is a 2008 film written and directed by Swamy Kandan, and starring Patrick Welsh (Bruce) and Megan Beale (Monica). It takes place in an upper to middle class suburb, and features an almost completely white cast of beautiful, fledgling and/or mediocre actors.

This film could easily be written off as pretentious. The story of a white upper class kid in a white neighborhood in a white American suburb having any kind of problem at all is not a premise likely to garner much buzz among the vast majority of the world that is not upper class, or white, or American.

However, it cannot be denied that there are some aspects of Catch your Mind that are credible. The cinematography and editing, for example, were very decent, and despite the cliché story line, there is something compelling about a parent who would go to such lengths to bring their kid up right.

It brings to mind that good parents are hard to find, even in homes nestled among golf courses and country clubs. Granted, the parent in this particular film had the ideal social status and almost limitless resources easily available to her and with which she could readily employ to assist her child, but not all parents with limitless resources choose to use them.

Catch your Mind is far from a feat of cinematic genius, but seeing a parent love her kid – anywhere and in any situation – is never a story to discard.

Click here to watch Catch Your Mind instantly on FlixFling.