Posted at 12:40h in Movies, Reviews by Taryn
0 Likes
Share 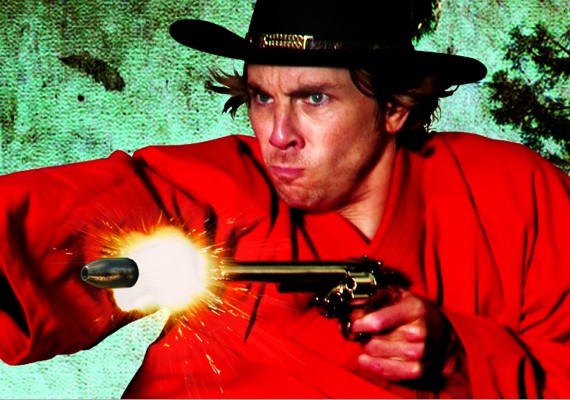 “Brother’s Justice” is a 2011 Jeung Guns LLC mocumentary featuring a budding star (Dax Shepard) attempting to successfully pitch a bad movie idea to industry executives and producers. His friend, Nate Tuck, is always by his side, continuously jeopardizing his own interests to support Dax. Shepard also directed the film, along with David Palmer, and Nate Tuck was a producer.

In “Brother’s Justice,” Dax Shepard is the sweetest version of a douche bag ever born. The words he says and the things he does would add up to intense unlike-ability and resentment in anyone else, but no matter how much of an asshole he is, Shepard’s friends (and fans) continue to return to him with warm hearts and open arms.

The storyline is not largely relatable, as most people do not live in nice, gated, single-family homes in Hollywood. Empathizing with the Shepard’s suffering and pain is a useless and nearly impossible task, giving the film a distinctly shallow feel, though this, of course, may have been the intention of the creators.

Watching Dax Shepard in action, though, along with the touchy-feely sweetness of the relationship between Shepard and Tuck, evokes the joy and beauty of friendship, making “Brother’s Justice” an easily enjoyable film to watch.

Click here to watch Brother’s Justice now on FlixFling!  And check out other titles from Well Go USA here!