Posted at 16:50h in Movies by FlixFling
0 Likes
Share 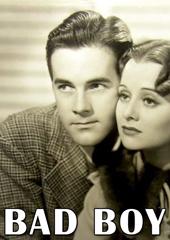 Johnny Fraser (Johnny Downs) leaves his mother (Helen MacKellar) in their small home town and sets out for the big city. He obtains a job with a large firm of architects. Steve Carson (Archie Robbins), a fellow employee, is constantly flaunting the money he has won at the race track. Johnny also bets the races, but loses heavily and takes some of the firm’s money to cover his losses. Steve also introduces Johnny to Madelon Kirby (Rosalind Keith), a gold-digging night club singer. When the firm’s boss, McNeil (Holmes Herbert), learns that Johnny has embezzled some money, he fires him and has him jailed. Johnny’s mother comes to the aid of her son, but he can not find work when he is released. Through Steve Carson, Johnny becomes the head of a shady firm, Business Engineers, and is making a lot of money. Madelon enters the scene again and she and Johnny are married, and he is unaware that Steve is not only double-crossing him in the business but with Madelon also.