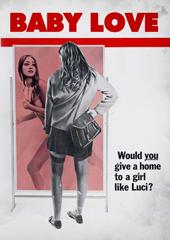 Now 15 years old, Luci grew up alone with her slutty mother in a poor district of London. After her mother’s suicide, Robert, her mother’s former high-school boyfriend, brings Luci to his home where she meets his rich wife Amy and their teenage son. However, Robert is not the boy’s biological father. Luci makes Robert think that he’s guilty of her mother’s death, because he left her after he finished university. Nevertheless, she wants to stay with his family in their beautiful home. It seems to them that she wants revenge. The whole family is confused by her strange behavior toward each of them, which is interpreted as sexual advances.