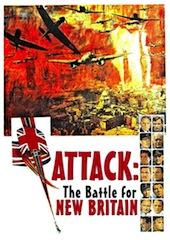 Documentary film depicting the attack by Allied forces on the Japanese strong-holds of Arawe Beach and Cape Gloucester, New Britain, in the South Pacific theatre of the Second World War in 1943.