Lewis Carroll’s classic novel gets three very different and unexpected interpretations on FlixFling.  Read more about each film below. 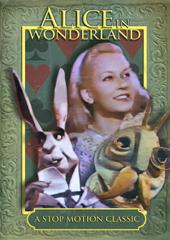 Dallas Bower’s 1949 version takes Alice down the rabbit hole and through the looking glass to a stop-motion world of interesting creatures.  Said to be the most accurate film portrayal of Carroll’s novel, this classic interpretation is a must-see.  Read more & watch. 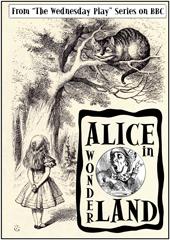 As part of the award-winning The Wednesday Play series on the BBC – Jonathan Miller’s “Alice in Wonderland” features Peter Cook as the quirky Mad Hatter, Peter Sellers as the King of Hearts and Michael Redgrave as the Caterpillar.  This b&w made for TV Alice is a quirky spin on the then 101 year-old story.  Keep an eye out for an uncredited Eric Idle, as well.  Read more & watch. 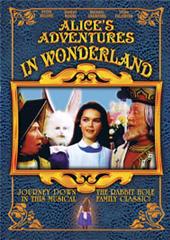 William Sterling’s 1972 rendition, Alice’s Adventures in Wonderland, takes a musical turn on Carroll’s classic.  Starring pre-Bond Girl Fiona Fullerton as Alice, this full-color version won two BAFTA Awards in 1973 for Cinematography and Costume Design.  It also stars Dudley Moore as the Dormouse and Michael Crawford as the White Rabbit.  We also get another appearance by Peter Sellers – this time as the March Hare.  Read more & watch.

Take some time to check out these wonderful, little-known adaptations all streaming instantly on FlixFling!